Hate Speech vs. Hate Crimes: Where is the Boundary? 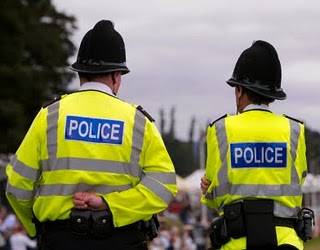 Social justice advocates are constantly striving to defend freedom of speech while protecting the freedom to live in peace and safety. At times this proves a daunting task, and not just for progressive, interfaith churches like Universal Life Church Monastery, but also for governments which struggle to strike a balance between the two and make everybody happy. A part of this challenge is making the distinction between hate speech and hate crimes, and establishing laws on how to treat these; occasionally, however, efforts to preserve order and harmony can threaten to chip away at freedom of speech. Of course, this latter idea can be said to vary greatly in importance from nation to nation, and, in fact, this appears to be the case with the United States and Great Britain.

This tug-of-war between freedoms saw a winner recently in London, when a police officer arrested an evangelical Christian street preacher for proclaiming homosexuality a sin. According to Al Webb of The Huffington Post, under Britain's Public Order Act 1986, it is a criminal act to use "threatening, abusive or insulting words . . . tending to and causing harassment, alarm or distress." In accordance with the law, the part-time officer arrested Dave McAlpine, a 42 year-old Baptist, when he recited a list of sins which included same-sex relations; McAlpine admitted telling a passerby it was "a sin in the eyes of God", Webb reports. On 20 April, the preacher "was fingerprinted, given a DNA swab and retina scan, and was locked in a police cell for seven hours on", and, ten days later, he arrived at magistrates court in Workington, where he pleaded not guilty and was arraigned for trial at a later date.

In response to his arrest, McAlpine expressed disbelief, seeking to vindicate his position and expose the absurdity of the charges filed against him. Referring to the officer's reliability, he argued, "My freedom was taken away on the hearsay evidence of someone who disliked what I said", Webb says. He not only insisted on the unreliability of the officer's claims, however, but also the irrelevance of the Public Order Act to his case, stating, "I was charged under a law that doesn't apply". In addition, McAlpine maintained, "I am not homophobic . . . but sometimes I do say that the Bible says homosexuality is a crime against the Creator."

Whether or not one finds McAlpine's actions imminently harmful, it is important to consider his distinction between expression of a personal belief which might be disagreeable to others on one hand, and an act which constitutes a threat to their safety on the other. Presumably, both the Public Order Act and malicious harassment statutes in the U.S. seek to prevent threats to bodily harm, but the former law seems to impose greater restriction on speech than the latter. But we must then ask ourselves, is the statement "homosexuality is a sin" a malicious threat that causes reasonable fear for one's safety, or is it simply an offense to the scruples of those who disagree? McAlpine's words are repulsive to many of us, but it seems difficult to imagine how they suggest that he will harm anybody. Now, if he screamed out that homosexuals should die, it would be much easier to view him as a threat, and if he brandished a weapon, he should certainly be apprehended, but he did neither of these things he simply stated that same-sex relationships were immoral. The point is that we need to be able to distinguish between those individuals whose behavior poses a reasonable threat, and those whose opinions simply differ in terms of theology.

Of course, it might be argued that the objective of the Public Order Act does not end with monitoring physical threats, but goes so far as to quell any language simply because it is obnoxious. After all, the Act bans words which cause "alarm" or "distress", and not necessarily even because these suggest intent to do bodily harm, so even disagreeable notions are forbidden if they make the listener uncomfortable. It then becomes a slippery slope to banning perfectly odious, but perfectly harmless forms of self-expression. The problem is that a lot of philosophical and moral dissent can be argued to be ultimately harmless, and, so, to imagine a menacing chimera lurking behind every single offensive opinion or doctrine ends up being founded on nothing more than paranoid speculation. From here, it is but a small step further toward an Orwellian system of social control.

While Universal Life Church Monastery strongly supports freedom of expression, it also opposes hate speech and hate propaganda where these pose an imminent threat to personal safety or otherwise impinge on the rights of others. Finding out where such language and imagery pose a menace is a challenge, but in the case of McAlpine, it is possible to see where the law overstepped the boundary and made a tenuous judgement based on a mere hypothesis about the speaker's intention.

Make your opinions on this topic known by joining the discussion on our "Hate is Hate" campaign page.