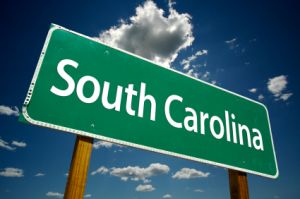 Indian may not be the most appropriate term to assign to Minrata Nikki Randhawa Haley, or Nikki Haley, a current gubernatorial candidate in the campaign for South Carolina's next governor. Haley, the daughter of Indian immigrants, is, quite simply, American, as much so as any white American, so calling her Indian is about as relevant as referring to her white competitors as Scots-Irish or Protestant; nevertheless, it is Haley's Sikh Indian background, and not her policy, training, or experience, that has drawn the attention of conservative evangelical white Christians, revealing the fixation many southerners continue to have on race and religion. Somehow, Haley has managed to win their hearts.

Surprisingly, Haley has won the primary election and vanquished her opponents to become the GOP nominee for governor. So what persuaded South Carolina Republican voters? Apparently the answer is that a "foreigner" can only win the favor of her constituents if she goes to hell and back a veritable fraternity hazing to prove she is one of them.

Initially voters expressed suspicion over Haley. Despite the official separation of church and state in America, right-wing Christian Republicans have placed greater emphasis on Haley's Sikh background and South Asian heritage than on her views on issues like the economy, war, poverty, crime, and education. Never mind the fact that Haley's family have converted from Sikhism to Protestantism and "embraced bad old conservative Republican values", reports Tommi Avicolli-Mecca of the San Francisco alternative daily BeyondChron she is still "different", or "foreign", in some nebulous sense, probably because of her long name and dark skin color. In fact, as Avicolli-Mecca observes, "South Carolina GOP voters have been obsessing about her religion so much that her campaign even posted a webpage: "Question: Is Nikki a Christian?" The impertinence of a debate on the religious background of political candidates, as if their religion should inform their political policy, is truly frustrating for those who view religion and politics as necessarily separate.

The next question is, what did Haley's obstacle course consist of, and what topics of "southern culture" did they grill her on? Topping the list was the U.S. Civil War. Not the violent crime, social stratification, economic disparities, or epidemic obesity plaguing the South. The Civil War. According to Avicolli-Mecca, the question came from Palmetto Patriots, an organization whose aim is to "'fight attacks against Southern Culture [sic]" and ensure the "compliance" of candidates "with conservative values" (like Jim Crow laws?). Haley shrewdly avoided giving the commonly accepted answer that the war was waged over the "'freeing of the slaves'", a notion they despised, Avicolli-Mecca notes. Apparently the group wanted to make sure that Haley, with her dark skin, was willing to downplay the role of slavery in the cause of the war and avoid placing any blame on southerners who fought for their "right" to own black people. (Visit our "Hate is Hate" Facebook campaign page to join the discussion on Confederate propaganda.)

Of course, it might be argued that South Carolina's new Republican gubernatorial nominee had to pull a few strings to get nominated, and that this betrays a certain degree of sycophancy. After all, as mentioned above, she has sought to embrace many "southern" values, and it is hard to extricate such values from the deep-seated tradition of bigotry and intolerance for which the South has an infamous reputation. In sociological terms, we might call this passing the attempt to gain favor with the dominant group by abandoning unfavorable personal traits and adopting dominant-group features. But, to be fair, maybe Haley simply feels a strong affinity for the principles and tenets of the Christian faith, as well as southern warmth and hospitality.

The ultimate question is, would South Carolina's Republican constituency demand the same explanations from a white candidate? Probably not. And it is this double-standard which is most distressing. Maybe South Carolina Republicans have shown an increasingly progressive attitude by electing a gubernatorial nominee of Sikh Indian descent, but, given the suspicion over Haley's background, they still have a long way to go in catching up with the rest of the United States and placing priority on social problems that really matter.

Learn more about Sikhism by reading our Guide to Divinity.