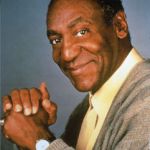 As part of his comedy routine, Bill Cosby has taken on a rather precarious topic--the Bible. Fortunately, crowds have responded well to the venerable comedian's jokes, which adroitly poke fun at Bible stories without denigrating the underlying message cherished by Jews and Christians alike. Humor helps introduce levity where it is most needed, as Cosby shows, but broaching the subject of Bible-based belief in a comedy routine has inevitably begged the question, what does the comedian really think? (And what do you think as a ULC wedding officiant?) While some of his views seem fairly commonsensical and down-to-earth, others deserve a little bit more scrutiny.

An example of Cosby's light-hearted interpretation of Biblical myth is his version of the story of the Great Flood and Noah's Ark from the Book of Genesis, which has already successfully elicited roaring laughter from audience members. In his version of the story, Cosby imagines an exhausted Noah awkwardly trying to build an ark while gathering pairs of animals and cubits of wood. "Am I on Candid Camera?" Cosby has Noah asking. And in his book I Didn't Ask To Be Born (But I'm Glad I Was) he tackles the story of Adam and Eve, asking why God had to make a woman out of a rib, and how Adam and Eve were able to cover their genitals with those little fig leaves if they didn't have a needle and thread.

This delightfully innocent take on the Bible points to the comedian's real thoughts on the stories he parodies. And some of these seem pretty fair to the modern rationalist thinker, as well as the average minister ordained online. Cosby tells Adelle M. Banks of Religion News Service about a Christian proselyte he recently met on the street in Syracuse, New York, who offered him a miniature Bible, repeatedly asking the comedian if he knew Jesus Christ loved him, even though he said he already did. Cosby told the man, "It seems that you are more interested in conquering someone, and if you would read more about Jesus as he walked and talked and what he represented, you'll find that he is not what you are" and that "[t]hat's, as far as I'm concerned, not a model for the way Christ behaved." This type of response is perfectly understandable from the point of view of a person who sees incessant religious peddling as a sign of desperate pride, and not genuine interest in the well-being of others.

But some other things Cosby has said about the Bible and religious faith cause one to raise one's brow in skepticism. Consider Cosby's thoughts on the American football player Tim Tebow's open displays of religious devotion at football games. Many people have criticized Tebow for being a disingenuous show-off rather than a devout Christian, but not Cosby. "I have no problem with his outspokenness about his faith.... Let him speak about it", said the comedian, coming to the football player's defense. But is this really the proper response? Perhaps as a minister in the Universal Life Church Monastery, you've asked this same question. If a person claims to follow the teachings of Jesus Christ (as Cosby seems to do), she or he should take a more critical stance on Tebow's showy displays of piety, because Christ himself criticized such behavior:

And when thou prayest, thou shalt not be as the hypocrites are: for they love to pray standing in the synagogues and in the corners of the streets, that they may be seen of men. Verily I say unto you, they have their reward. But thou, when thou prayest, enter into thy closet, and when thou hast shut the door, pray to thy Father which is in secret; and thy Father which seeth in secret shall reward thee openly.

Nobody is saying that Tebow shouldn't have the legal right to express his beliefs in public; they are simply saying that it is obnoxious and hypocritical for him to do so, as Jesus Christ himself teaches (and, undoubtedly, as many of our own ULC priests, rabbis, and ministers have concluded), so, really, there is little reason for a Christian to come to the rescue and defend the man. Such actions scream, "Look at how holy I am, y'all!" more than "I genuinely wish for God to help me win this game". Besides, how petty is it to think that God should help you win your football game, as if your team deserves divine favor over the other team, or, more important, as if a football game deserves greater attention than, say, world hunger?

Certainly, humor is a salve for the soul--including the soul that seeks so long and hard to be "saved" (whatever that entails)--and Cosby does a superb job of turning age-old Biblical myths into lighthearted parodies, causing even the staunchest of puritans to crack a smile, but the "man behind the mic", as it were, also has some serious things to say about religious faith and the Bible, as we've seen. Some of these make more sense than others. The comedian is very able to call Christians on their hypocrisy when they try to peddle Christianity on the street as part of some sort of pride-driven spiritual conquest for the souls of "infidels", but this doesn't quite extend as far as calling show-offs on their hypocritical public prayers. Maybe one day it will.

What do you think about Cosby's comments on the Bible and religious faith? Become a minister and make your thoughts known on the ULC Monastery Facebook page or our social network for ministers.