Can a baby take the title of the Christian savior? Apparently, only Jesus Christ deserves the title of "Messiah", according to a judge in the U.S. state of Tennessee. This was the message she sent to a mother and father who had come to court for an entirely different reason to settle a dispute over their son's last name. Almost immediately, however, the constitutionality of the decision was called into question by civil rights watchdogs like the American Civil Liberties Union (ACLU). 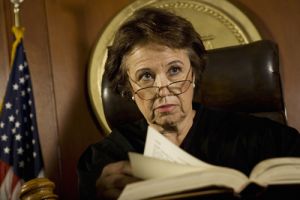 Originally, parents Jaleesa Martin and Jawaan McCullough appeared in Cocke County Chancery Court to decide whether their son, Messiah Deshawn Martin, should take his father's last name, or his mother's. But when child support magistrate Lu Ann Bellew discovered the child's first name, she ordered his entire name changed to Martin Deshawn McCullough, proclaiming that "[t]he word Messiah is a title, and it's a title that has only been earned by one person, and that one person is Jesus Christ".

Both Messiah's parents and the American Civil Liberties Union have contested Judge Bellew's reasoning. "I never intended on naming my son Messiah because it means God", Ms. Martin has said, "and I didn't think a judge could make me change my baby's name because of her religious beliefs". Meanwhile, Hedy Winberg, executive director of the ACLU of Tennessee, has argued that the judge has a right to hold religious beliefs, but in this case she "is creating a culture where she is imposing her religious beliefs on others. And that is unacceptable", presumably on constitutional grounds.

In explaining her decision, Judge Bellew defended the deep-seated religious sentiments of the local Christian population: "[It] is highly likely that [the child] will offend many Cocke County citizens by calling himself 'Messiah'". In other words, for her the individual should kowtow to the religious sensibilities of the majority rather than enjoy freedom of expression a judicial position also held in many countries with strict religious defamation laws.

Judge Bellew's ruling is a classic case of religious imposition by the majority on the individual but a name is not illegal just because it hurts the feelings of the faithful, no matter how large their number. What do you think of her decision?