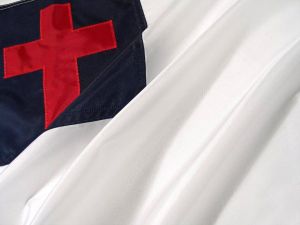 U.S. fundamentalist Christian evangelist Ted Haggard is in the spotlight once again three and a half years after a scandalous encounter with a male prostitute caused his ministry to take a nosedive, driving him out of the Colorado Springs megachurch where he served as senior pastor. Now he plans to start a new modern church in the same town. Haggard, who objects morally to homosexuality on biblical grounds, allegedly paid a male prostitute for sex and drugs. It was a crushing blow to the pastor, who had built his church with his wife from a diminutive start-up into a congregation of 14,000. While the resilient minister claims his resurrected ministry will emphasize love and compassion, as well as the importance of civil equality, he still takes personal exception to same-sex love, leaving a feeling of disappointment and dissatisfaction.

Haggard's response to the allegations has been unexpectedly patient and forbearing, showing signs of self-reflection and accountability. In typical preacher's fashion, he uses bright-eyed rhetoric and religious metaphor to describe his fresh aspirations. He compares his announcement to start a new church with the resurrection of Jesus Christ, referring to it as his own "resurrection day". "I feel so alive," he said to NPR's Michel Martin. "Forgiveness is a wonderful thing. Redemption is a wonderful thing. The opportunity to have a second chance is a wonderful thing." He also shows hope that the forgiveness his friends and lay members have shown him will continue: "The difficult part is difficult from people [sic], from society, because of course there's a lot of hurt and betrayal and broken hearts," Martin reports him as saying. "And what I did disappointed people 3 1/2 years ago. But I've just been amazed at the kindness and gentleness in people." Such open and honest admission of guilt and imperfection certainly seems genuine, and one almost gets the feeling that Haggard could become your most trusted, down-to-earth friend and confidant an "average Joe" with a heart of gold who gets along with everybody.

But exactly what is Haggard's new mission, and how have his values changed to serve humanity better? On the surface, he seems to stress going back to basics, to the core teachings of love, tolerance, and non-judgement which reflect the purported teachings of Jesus Christ rather than the doctrine of the atonement or the violent bloodlust of the jealous war-god Yahweh. Martin quotes Haggard as saying, "I wanted people to respond to my failure in a helpful way instead of a punitive, hateful, cruel way. So now I want to spend the rest of my life being kind[,] compassionate[,] helpful and constructive in my response to people that are going through their darkest area." The new, church, Martin reports, will be open to everybody. With his catchy phraseology, Haggard explains he wants to "launch a love reformation" to combat the media's spitefulness, practice more love and kindness, and inspire people to help one another. He even goes on to say,

I believe in civil law there should be total equality under the law. So if heterosexuals get certain benefits for heterosexual relationships, then homosexuals should get those same benefits in their homosexual committed relationships. And that's what I'm going to teach our people.

Haggard's new commitment to legal equality seems like a surprisingly heartfelt change from the norm; indeed, it is a novel development in his evangelical worldview to argue that personal religious beliefs about sexual morality should not interfere with civil protections for loving same-sex relationships. But there is a caveat which lies in an important exception the preacher makes to his new, tolerant attitude: "I believe the Bible teaches we should have heterosexual, monogamous relationships, and that can be inculcated into law and form families, etc." So while we hope eagerly for Haggard to turn a new leaf, as it were, and reconsider his moral qualms about forms of sex that do not result in procreation, he still clings to the belief that government should be influenced organically by grass-roots religious conservatism.

Now, of course, the man is entitled to his personal beliefs, yet these beliefs may still negatively affect his treatment of others. For Haggard, support for legal equality is a begrudging compromise that must be made in a changing society, but the wayward pink sheep of his flock can still expect to experience plenty of shame and condescension at church. His new paradigm admittedly better than the previous one, but still wanting opens church doors to inveterate "sinners" and teaches them that they deserve what everybody else has, but only outside church walls, reminding them that, ultimately, the Judeo-Christian God of the Bible does not approve, since he designed sex for making babies.

Haggard's new "love reformation" is certainly an improvement on the widespread political opposition to legal equality for gays and lesbians which typifies religious organizations, but it still upholds an age-old social stigma against non-procreative sex and nontraditional families, based firmly in traditional doctrine and a literal interpretation of a "divinely inspired" holy book. Since Haggard and his church have every right to preach that homosexuality is a sin, there is little one can do to challenge such beliefs other than work diligently to persuade congregation members to employ their reasoning faculties and re-evaluate their own attitudes. In the meantime, perhaps we can put up with differing social attitudes and satisfy ourselves with the knowledge that, at least, progress is being made on the much trickier societal front.