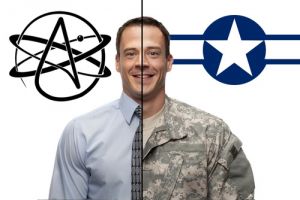 Applicants for U.S. citizenship may object to taking up arms in defense of the United States on religious but not secular grounds, according to the United States Citizenship and Immigration Service (USCIS). Consequently, a woman applying for U.S. citizenship has been told she must join a church to claim moral exception to military combat but in reality, such a policy does not necessarily reflect the law. For the Universal Life Church (ULC), which grants online ordination to believers and non-believers alike, it is a simple case of religious discrimination.

Margaret Doughty, a sixty-four year-old British woman, has been living in the United States over thirty years and currently runs non-profit adult literacy programs. A permanent resident, Doughty decided to apply for U.S. citizenship and discovered that one of the requirements for citizenship was an agreement to take up arms and engage in military combat in defense of the United States unless the applicant raises objections on religious grounds. The problem is that Doughty is an atheist. Responding to the official USCIS position on religious exemptions to military combat, Dought wrote,

The truth is that I would not be willing to bear arms. Since my youth I have had a firm, fixed and sincere objection to participation in war in any form or in the bearing of arms. I deeply and sincerely believe that it is not moral or ethical to take another person's life, and my lifelong spiritual/religious beliefs impose on me a duty of conscience not to contribute to warfare by taking up arms my beliefs are as strong and deeply held as those who possess traditional religious beliefs and who believe in God.

Doughty did make clear, however, that she was "willing to perform work of national importance under civilian direction or to perform noncombatant service in the Armed Forces of the United States if and when required by the law to do so". Despite this concession, the USCIS responded that she was required to submit to them a letter on official church stationery stating her good standing within that church as well as the church's official position on military combat. She currently has until the twenty-first of June to complete her application.

It might seem that Doughty is fighting an uphill "battle", as it were, but there exists legal precedent supporting military exemptions for citizenship on secular moral grounds. In Welsh vs. United States, Elliott Ashton Welsh raised conscientious objections to taking up arms on secular morals rather than religious grounds. Although the Universal Training and Military Service Act states that objections to military service must be based on religious beliefs and not purely moral ones, the Supreme Court ruled that requiring conscientious objection to be grounded in religion violated the Establishment Clause of the First Amendment to the U.S. Constitution. 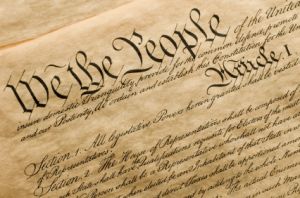 The question of whether to grant conscientious objectors exemptions from military service is one of basic fairness, and it deserves the scrutiny of Universal Life Church ministers and others who become ordained online. Not only does favoring religious objections over secular ones violate the Establishment Clause of the First Amendment, but it may also violate the Equal Protection clause of the Fourteenth Amendment. To favor objections of a religious nature over those of a secular nature is to suggest that such objections are better explained by religious belief than non-belief, and this constitutes blatant prejudice towards non-believers.

The Universal Life Church Monastery strongly supports the fundamental right of atheists and other secularists like Doughty to be granted exemptions from military combat service on the grounds of secular morality. As a truly universal church that embraces people of all backgrounds, we cannot tell Christian pacifists that their beliefs excuse them from taking up arms, and then tell atheists and secular humanists that theirs do not. Fairness is one of our most cherished values.