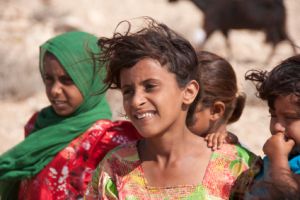 Religious leaders should convince their laypeople to relinquish the practice of female genital mutilation (FGM), a group of African leaders have announced. The practice, which is widespread in parts of Africa and Asia, is not required by scripture, they argued, and it causes extreme pain, injury, and health complications for women and girls. The Universal Life Church Monastery is very happy to see African leaders place pressure on ordained ministers to end the practice, which the church views as a violation of fundamental human rights.

The representatives from several different African countries presented their ideas for reform at a meeting in Rome on Monday, 4 February. Specifically, new laws need to be accompanied by education and discussion spearheaded by ordained clergy in traditional communities, they said. " Religious leaders have to be involved, primarily Muslims and those from traditional religions. Opinion leaders have to be on board in this fight," said Fatouma Amadou Djibril, Benin's Family and Social Affairs Minister. Raymonde Coffie Goudou, Ivory Coast's Health Minister, suggested the health consequences should be explained to practitioners, who are often ignorant of them. Currently, many FGM practitioners believe that their religion requires the practice, or that they will be punished by ancestors in the afterlife for not carrying it out on their relatives, but participants at the Rome meeting emphasized this is not the case, and local communities need to be made aware of this fact.

Ministers ordained online have good reason to be deeply concerned about the consequences of FGM. The practice, which persists in 28 African countries and parts of Asia, is usually arranged and performed by women on girls anywhere from infancy to age 15. It usually involves the removal of part or all of the external female genitalia using crude, makeshift utensils such as razor blades, scissors, and even tin can lids. Health complications associated with the practice include excruciating pain, severe bleeding, urinary tract infections, infertility, increased risk of infant mortality, and even death.

Unfortunately, cultural relativism and religious freedom have been used to justify harmful practices like FGM, but those who become ordained ministers online should be deeply critical of these arguments. Cultural relativists argue that morality is culturally relative, but this argument is illogical because it claims that "everything is relative--except for the notion that everything is relative"; besides, human beings have basically the same physiology regardless of culture, so physical torture is a universal, human problem. Moreover, some religious leaders cite religious freedom in defense of such practices, but religious freedom has its limits, and one of these limits is where it violates the basic right of others to be free from pain and suffering.

As ULC ministers, we can appreciate the wide variety of religious traditions around the world, and we deeply cherish the free exercise of religion, but we also cherish the right of others not to have these religious traditions imposed on them, especially when they cause pain, suffering, death, and disease. It is inspiring to see African leaders urge religious leaders to educate their parishioners on the horrors of female genital mutilation, and hopefully nations where it is still practiced will be able to coordinate legal reform with education and religious guidance in local communities. It may be a daunting task, but the alternative is unacceptable.