The Problem With a Popular Pope

Jorge Mario Bergoglio was elected by a papal conclave to succeed Pope Benedict XVI on March 13, 2013. Bergoglio took the name of Francis, to honor St. Francis of Assisi. It was an unexpected appointment, mainly because Francis is a Jesuit pope, the first from the Americas and the Southern Hemisphere.

From the outset, it was clear that Francis would not be a traditional papal figure. In his very first Holy Thursday service, he included women and Muslims in the foot-washing ritual. He is considered a "no-frills" pope, because his manner is much less formal than his predecessors. Pope Francis chose to live in the Vatican guest house instead of the official papal residence. He has also made countless news headlines over years when speaking out on social issues, such as LGBT rights and the negative aspects of capitalism. In short, he has shattered many norms in the Catholic Church. 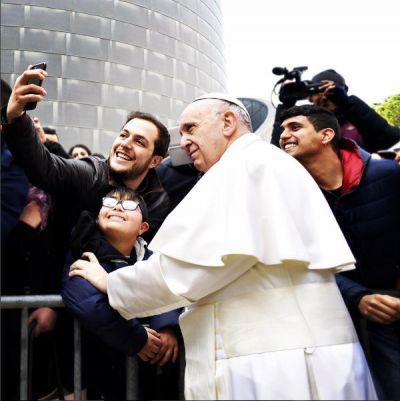 In 2016, when Pope Francis became the first Pope to open an Instagram account, he gained over 1 million followers in just 12 hours. Today, he has over 3.6 million followers. He is shown posing for selfies, smiling for the camera with adults and children alike. It makes for a personable papal image that further contributes to his popularity.

His progressive stances on many issues have made Francis a celebrity in the eyes of people all around the world. In him, they see the potential for change in the Church reforms that some insist are necessary to adapt in the modern age.

The Pope's Popularity in the United States

Pew Research conducted research regarding the Pope's popularity in America. They found that in 2015, 90 percent of U.S. Catholics had a favorable view of the Pope comparable to the ratings enjoyed by Pope John Paul II. More interesting, however, is the Pope's popularity among non-Catholics. When Francis was first elected, his popularity among non-Catholics was about 60 percent. Within his first two years, that number jumped to 70 percent.

However, the pope's popularity in America might be waning. Among Evangelical and mainline Protestants especially, the Pope is losing ground. Some believe this drop is due to the pope's public clash with Donald Trump in the leadup to the 2016 election. Francis notoriously said that a person who "only thinks about building walls and not building bridges is not Christian." The accusation riled many Christian Americans who supported the then-candidate for president. 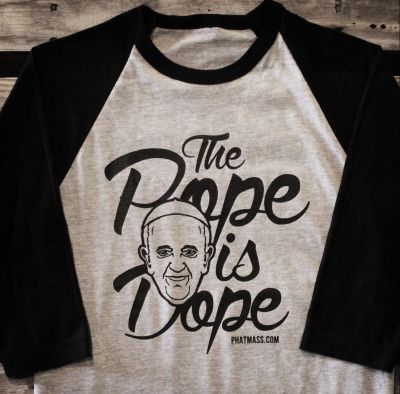 A Crackdown on Papal Branding

Pope Francis' global popularity has made his image very marketable. In a world where images are so easily reproduced, the Holy See believes that the Vatican is losing control of the pope's image. While it's always been common for the pope to be venerated on flags and medals, now companies want to use the pope's name on products or buildings.

The Vatican has made its stance clear: it does not want the pope's image to become commercialized. They recently made a declaration that anyone who wants to use the Pope's name or facial image must first request authorization to do so. Anyone who uses Pope Francis' image without permission could face legal action from the Vatican.

The new policy has been met with vocal opposition. Critics point out that the Church happily sells souvenirs with the image and name Pope Francis. Why, then, should others be forbidden from doing so? They say that the rule change is clearly financially motivated; the Vatican wants to be the sole entity to profit off the pope's image.

Defenders of the rule say the issue is spiritual. The pope is a revered figure in the Catholic Church and around the world. While he may take on the traits of a celebrity, his image demands more respect than that. In short, his face shouldn't be used to sell t-shirts.

So, how should we treat the pope's likeness? Already an inspirational figure to millions as the head of the Catholic Church, Pope Francis has reached millions more through his unique candidness and open-minded beliefs. It's only natural that his image has become popular.

On the other hand, Francis represents a certain set of holy ideals that are antithetical to commercialization. Many Catholics are uncomfortable with his image being used as a money-making strategy. Where do you stand? Should the pope's image be monetized? Is the Vatican's new policy hypocritical, or are critics overreacting?