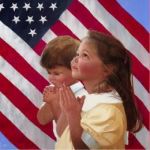 A few days ago, Republican U.S. presidential hopeful Rick Perry released an advertisement criticizing liberals, gay rights, and secularism. In the bold, barefaced attack, the Texas governor claimed there was something wrong with the United States, because LGBT people could serve openly in the military, yet children couldn't openly celebrate Christmas or pray in school. He also vowed to defend America's supposed "Christian heritage" against liberal "attacks". The problem, though, is that none of Perry's claims is actually based on solid fact or reason, but, of course, the veracity of a claim doesn't matter for a Christian dominionist like Perry, who relies chiefly on appeals to emotion to persuade his audience.

The first problem is with Rick Perry's claim that children are not allowed to celebrate Christmas or pray openly. The plain fact is, they are, and Perry is simply fabricating the "truth" to incite a reaction in a paranoid audience. Most likely, Perry's claim about celebrating Christmas stems from efforts in American public schools to avoid explicit endorsement of religion during the Christmas season. But Perry is creating a straw man: nobody is restricting students' right to celebrate openly their religious holiday of choice, nor are they restricting students' right to pray; they are restricting teachers' right to endorse religion in their capacity as government workers. So, Perry doesn't actually prove that children aren't allowed to celebrate Christmas or pray--he is simply stirring up hysteria by making outright bogus claims. 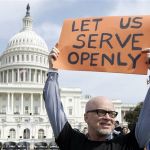 But why, one wonders, should Perry so vociferously oppose gays openly defending their country in the first place? Let's go back a few years to 1993, when "Don't Ask, Don't Tell" because law in the United States. Bill Clinton signed the bill into law despite the consensus in the scientific community that gays serving openly in the military does not compromise unit cohesion. Here are just a few statements by the American Psychological Association reflecting this consensus:

Comparative data from foreign militaries and domestic police and fire departments show that when lesbians, gay men and bisexuals are allowed to serve openly there is no evidence of disruption or loss of mission effectiveness (Belkin & McNichol, 2000 2001; Gade, Segal, & Johnson, 1996; Koegel, 1996).

When openly gay, lesbian and bisexual individuals have been allowed to serve in the U.S. Armed Forces (Cammermeyer v. Aspin, 1994; Watkins v. United States Army, 1989/1990), there has been no evidence of disruption or loss of mission effectiveness.

The U.S. military is capable of integrating members of groups historically excluded from its ranks, as demonstrated by its success in reducing both racial and gender discrimination (Binkin & Bach, 1977; Binkin, Eitelberg, Schexnider, & Smith, 1982; Kauth & Landis, 1996; Landis, Hope, & Day, 1984; Thomas & Thomas, 1996).

So, never mind that Perry falsely claims that children aren't allowed to pray in school or openly celebrate Christmas, or creates a false dichotomy between religious expression on one hand, and gays serving openly in the military on the other (as if you have to choose between one or the other because they're inherently mutually exclusive and belong to separate political agendas, which, as shown above, they aren't); his argument is problematic because his opposition to gays serving openly in the military is empirically unfounded in the first place. But Perry needn't worry about academic insight, because he has the raging fury of the masses on his side.

And, last but not least, Perry's advertisement fails in the fact and reason department because he erroneously assumes that the strength of the United States rests on religious faith. He makes this clear near the end of his message, as he trudges up a hillside in a scene steeped in folksy masculine ruggedness: "Faith made America strong. It can make her strong again." In fact, the United States was founded by people who held a deep suspicion and wariness toward religion. Consider the following passages by a variety of figures who played a role in the country's founding:

"Whenever we read the obscene stories [of the Bible], the voluptuous debaucheries, the cruel and torturous executions, the unrelenting vindictiveness with which more than half the Bible is filled, it would be more consistent that we call it the word of a demon than the Word of God."

"The day will come when the mystical generation of Jesus, by the supreme being as his father in the womb of a virgin, will be classed with the fable of the generation of Minerva in the brain of Jupiter."

"The United States of America should have a foundation free from the influence of clergy."

"As to Jesus of Nazareth, my Opinion of whom you particularly desire, I think the System of Morals and his Religion...has received various corrupting Changes, and I have, with most of the present dissenters in England, some doubts as to his Divinity." 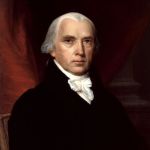 "During almost fifteen centuries has the legal establishment of Christianity been on trial. What have been its fruits? More or less in all places, pride and indolence in the Clergy, ignorance and servility in the laity, in both, superstition, bigotry and persecution."

"...the government of the United States is not in any sense founded on the Christian religion...."

Contrary to Perry's claim that America's strength lies in its Christian heritage, and that its foundation is essentially Christian, the founding fathers, who consisted more or less of agnostics and deists, openly criticized Christian beliefs, drawing largely from the principles of French Enlightenment philosophy to craft a secular government free of the strife and suffering caused by religion. America's strength, then, lies in its roots in rationalist philosophy, not in religion, and its political heritage is defined by it. Now one might argue, "but most Americans are Christians, hence America is a Christian nation". This is a bad argument, though, because there is a difference between the religion of the private population and the policy of secular government. That most Americans are Christian in private practice does not make their government Christian in public policy. And we know why--government religion just causes trouble. Again, though, Perry needn't worry about this, because he's just so darn folksy and charming, in that down-home kind of way. And that, sadly, proves sufficient to soothe his constituency.

To sum up, Perry makes a desperate stab at persuading the audience to adopt the view that Christians are being persecuted, and LGBT people, privileged. He does this by creating the false impression that Christian children are suffering from widespread religious oppression, that liberals are fighting for gay rights while neglecting children's religious freedoms, and that gays serving in the military somehow threatens military effectiveness. But, as we've seen above, he fails to provide any convincing evidence, rational, empirical, or otherwise, to prove these points. Perhaps what we are seeing here is a last desperate attempt by Christian dominionists to maintain its diminishing social control by clinging to the vestiges of old-time religion and resurrecting old-fashioned attitudes about things like sex, sexuality, and social class. However, as the internet media backlash against Perry's bilious ad shows, their plan doesn't seem to be working very well; indeed, it has incensed even Christians, who criticize it as dividing people, misrepresenting the teachings of Jesus, and abusing religion as a political platform. So, let's cross our fingers and hope to God they fail.