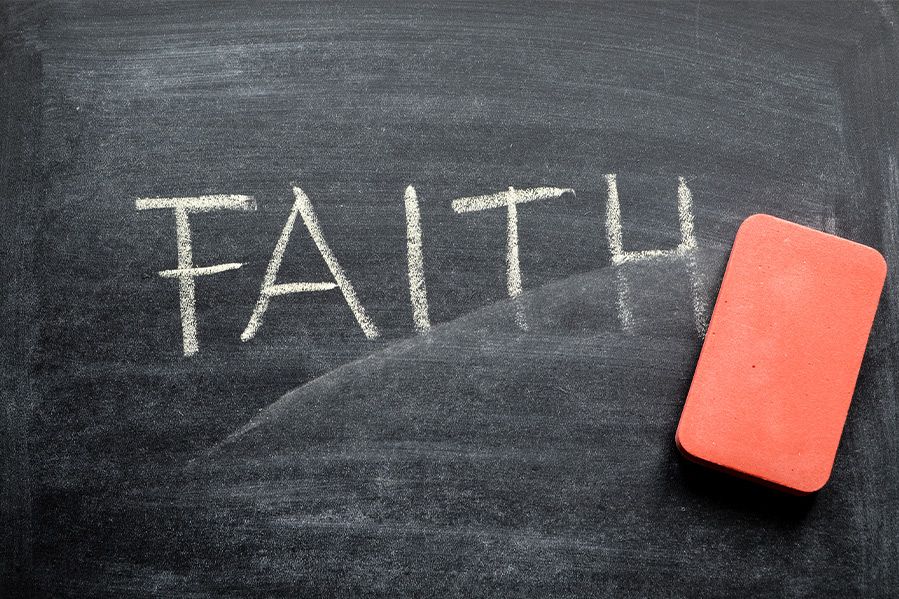 Christian organizations Pinetops Foundation and Veritas Forum recently published "The Great Opportunity,". That 131-page report examines Millennial and Gen Z attitudes toward Christianity and how they will affect the next 30 years of the church. The outlook for Christian retention? Not good.

If absolutely nothing changes at all, 35 million youth raised in Christian homes will leave the Christian faith by 2050. The overall Christian percentage of the population will drop from 73% to 59%. The report calls this the 'base case' scenario.

And even in their 'best case' scenario, with strong efforts put towards retention, 26 million Americans will still leave Christianity regardless.

'Worst case' scenario? A whopping 42 million Christians will disaffiliate in the same time-frame. In this scenario, the Christian population in the United States will be just 54% -and declining- in 2050.

The authors believe that churches are bleeding, and calls the coming decades the "single largest generational loss of souls in history." But for the Christians lamenting the loss of followers, there is a light in the darkness. The authors of the report write:

"As a result of months of research, we now think we are at a pivotal moment in the life of the American church. What we found was the largest missions opportunity ever in American history, and if we move quickly, we can help introduce tens of millions of young people to Jesus over the next 30 years." Their branding for this crucial moment? The Great Opportunity.

Millennials Pulling Away From Church

The decline of the church should be no surprise to those who keep up with religious news. Gallup Annual Religion Surveys, Pew Research and other studies have all pointed to a population decrease in Christianity over the past two decades. 'The Great Opportunity' relied on those same reports when compiling data and projecting trends over the next generation.

In 1990, for example, about 85% of Americans called themselves Christians. Today, that figure is 73%. And even in the 'best case' scenario proposed by the report, that number will still drop to 64%.

The data supports that conclusion. A Pew Research Religious Landscape Study reported that only about 36% of the population actually attended a religious service once a week. And only 63% of Americans believe in God with absolute certainty, down from 71% the previous decade.

For the authors of 'The Great Opportunity', these facts present an urgent situation. "We use the assumption that the majority of religious switching takes place by age 25," the report says. "Religious preference remains constant after 35. This means that the majority of religious switching in the Millennial generation has already taken place." Gen Z just entered the switching window, but will begin exiting the window in 13 years. So if Christians are hoping to convert these younger generations, the clock is most certainly ticking.

Many experts have tried to determine why the younger generations are stepping away from the church. The report notes there have been no conclusive studies, but argues that the church's 'mixed' response to social justice issues and embracing of incendiary politicians may be partially to blame. Regardless, attitudes toward churches have undoubtedly changed over the years. Young people are questioning the tenets of their faith and not getting satisfactory answers. They are looking at religious leaders and not seeing their values reflected.

"The Great Opportunity" discusses the problems in today's church and presents solutions to make Christianity more palatable for younger generations. They suggest, among other things, a serious investment in moving the church into the digital sphere. They also recommend putting a brighter spotlight on the church's contributions to the poor.

The report authors write, "[this moment in history] will be the largest single generational loss of faith in American history, maybe ever." They say the American church must seize the opportunity to embrace the new mission field. The report says that if they are able to turn back the retention rate to how it was just 20 years ago, "more people will be saved than during both Great Awakenings, the African American church growth after the Civil War, the Azusa revivals, and every Billy Graham conversion - combined."

But are they failing to consider that not everyone wants to believe in the Christian faith? After all, Millennials are leaving the faith for a reason. Pretending the whole affair is a colonial mission and treating America like a mission field ripe for the harvest may not be the best way to win back the hearts and minds of young people.

Where do you stand? Can Christians actually slow the Millennial exodus from the church - and should they? Or should they just focus on doing good deeds, and let people reach their own religious conclusions?