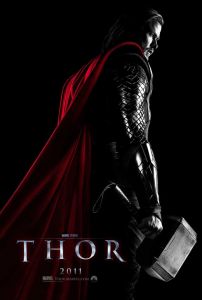 As the Summer blockbuster season commences with the release of Thor, more people are being exposed to figures in religion and mythology at least within a vernacular cultural framework. Gods, demi-gods, angels, and demons have all figured prominently in popular film in recent years, largely in coordination with the comic book industry. However, some are wondering whether the Hollywood depiction of religious and mythological culture heroes is an homage to tradition, or simply another irreverent commercial gimmick.

This was the question raised by Sarah Pulliam Bailey in a recent edition of USA Today's column "Faith and Reason". In it, Bailey described the concern on the part of pagans, heathens, and other polytheists over the depiction of the Norse god of thunder in the film, which based its character on the Marvel Comics character. According to Bailey, Eric Scott wrote a post called "What Happens When Hollywood Gets A Hold of Your Gods" on Killing the Buddha, in which he stated,

The truth is, I looked at the toys in my hands and I saw the result of millions of dollars of development and thousands of hours of manpower, put into something bearing the name of a god, my god, and it had nothing to do with me. Their Thor was a god forgotten by all except the few quiet geeks who read his adventures in Journey into Mystery and The Mighty Thor for forty years. It wasn't that they meant to upset or unsettle me; they simply realized that people like me were too few to matter. It's impossible to think of a story about Jesus like this, not written to pander to or irritate Christians, but simply not considering them at all.

It is not the first time a god or deity from one of the major world religions has been refracted through the lens of the Hollywood money-making machine Hollywood has formerly played around with Greek mythology in films such as Clash of the Titans as well as Muslim and Middle-eastern folklore in films such as The Golden Voyage of Sinbad, which portrays an angry, green Hindu goddess Kali wielding swords on multiple arms in cheap stop-motion animation--but Thor is one of the best current examples of Hollywood's fascination with religious themes. Perhaps it is the fact that Hollywood's treatment of such literary traditions is so unabashedly camp and gimmicky that makes pagans and folklorists roll their eyes in disdain. 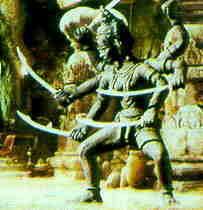 But is the Judeo-Christian faith tradition treated in the same way as pagan traditions in the Hollywood film industry? We might assume that in a highly traditional and devoutly Christian country such as the United States, the film industry would view Christianity like hallowed ground, but this is not necessarily the case. In fact, Bailey explains, Christianity's currency in contemporary American society makes it an ideal source of content for motion picture blockbusters. Quoting Alexandra Erin, she explains,

While it must be remembered that Christianity enjoys a very privileged position in our culture and thus can't claim to be injured by off-target pop culture depictions, the fact remains that the Christian religion *is* treated as mythology by Hollywood to be pillaged wholesale for stories and characters. Consider the move Legion, which has a gun-toting archangel action hero facing off against the legions of heaven and/or hell to save a come-again Baby Jesus from the wrath of a petulant God.

It might be misleading to say that Christianity "can't claim to be injured" by bastardized depictions of Biblical figures such as Jesus of Nazareth however, it seems reasonable to say that whatever injury Christians suffer from such depictions is far less debilitating than what minority traditions might suffer from a Hollywood rip-off of their own heroes and stories, given Christianity's privileged position. Ultimately, Hollywood producers, screenwriters, directors, and other creative geniuses and businesspeople know exactly what they need to exploit in order to turn a profit. In the end, it probably makes little difference that the Christian story is the religion of the majority of Americans it is also highly

entertaining fantasy movie fodder. The only problem is that most Americans have direct access to the literary source of the Judeo-Christian tradition in the form of the Holy Bible; they are not so literate in Greek, Norse, or Celtic theogonies or mythologies. As a consequence, these latter traditions may more easily become obscured and misrepresented through Hollywood glamor and sensationalism.

It is for this reason that it is so important to nurture a deeper understanding of the ancient legacies that Hollywood has co-opted and transformed into a spectacle for money-making purposes. As a nondenominational church with priests and ministers from varying backgrounds, the Universal Life Church Monastery has as one of its goals the education of people in the great religions of the world. Hopefully the next time we go to see a Hollywood blockbuster, we will be able to keep things in perspective. Give us your thoughts as an online ordained minister. Does the film industry misrepresent your religious tradition, or does it offer a harmless form of entertainment?