Protecting the Earth Through Faith

Last fall thousands of people descended upon the Standing Rock Sioux reservation in North Dakota to protest the controversial Dakota Access Pipeline, an oil pipeline whose construction threatened sacred tribal artifacts and burial sites. Protesters voiced environmental concerns regarding the pipeline itself, while also stressing the importantspiritual relationship between the tribe and their land. 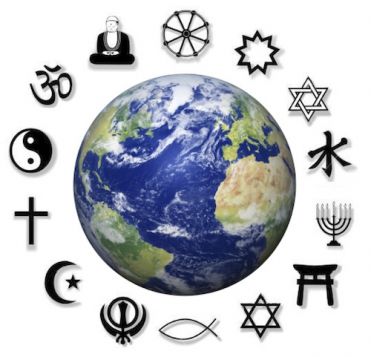 environment. In religious texts and writings, humans are often portrayed as being stewards of the earth. We are to live and enjoy its fruits but we are also charged with its protection. No human endeavor comes before the needs of the earth as a whole, the thinking goes. We live in an age ripe with environmental issues and controversy. Let's examine what a few specific religions say about the environment and our relationship to it:

The book of Genesis opens with God creating the heavens and the earth. In the second chapter of Genesis, it states that, "Then the LORD God took the man and put him into the garden of Eden to cultivate it and keep it." According to this reading, humans were put here to take care of the earth.

The list of scriptures that talk about nature and the earth could fill an entire page. There's no debate that the Biblical writers thought creation was an important aspect of the story of Christ.

A devout Hindu, Mahatma Gandhi played a major role in the Indian environmental movement, and has been called the "father of Indian environmentalism". The Atharvaveda, a Hindu spiritual text, further clarifies the Hindu view on the natural environment: "Let there be peace in the heavens, the Earth, the atmosphere, the water, the herbs, the vegetation, among the divine beings and in Brahman, the absolute reality. Let everything be at peace and in peace. Only then will we find peace."

Given the strong connection between religious beliefs and caring for the earth, it's not surprising that faith guides some people to direct their energy toward environmental causes. So, what issues are religious environmentalists trying to solve? 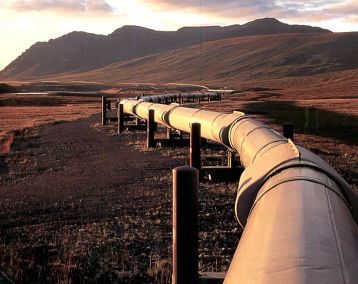 Continued reliance on fossil fuels is extremely dangerous for the environment, say activists. Numerous oil spills over the years have destroyed entire habitats and contaminated waters. For many, these are unacceptable consequences. Although the media frenzy has moved on from the Dakota Access Pipeline protest, many demonstrators are still there carrying on the resistance. Another similar project, the Keystone XL Pipeline, was shut down in 2015 after environmental concerns but now looks likely to proceed after all.

Although alternative energy sources do exist, fossil fuels aren't going away anytime soon. In 2014 alone, the fossil fuel industry raked in $257 billion in profits equivalent to the entire GDP of Chile.

Activists also bemoan the continued deforestation occurring all over the world. Cutting down trees, especially in complex ecological areas such as rainforests, has devastating environmental impacts. For example, up to 28,000 species are predicted to become extinct due to deforestation within the next 25 years. To put the rate of deforestation in perspective: 20 football fields worth of trees are lost every minute.

Interestingly, activists may have a powerful ally in the religious world. Many consider Pope Francis to be a faith-based environmentalist. Speaking off-the-cuff on environmental issues, the pontiff said: "This is one of the greatest challenges of our time: to convert ourselves to a type of development that knows how to respect creation so many forests, all cut, that have become land that can longer give life. This is our sin, exploiting the Earth and not allowing her to her to give us what she has within her."

Most belief systems place a great value on the environment. As stewards of the earth, it is our responsibility to ensure human greed and selfishness do not result in its ruin. The question is: are we doing enough? Since the industrial revolution, human civilization has experienced unprecedented expansion and technological development though sometimes at the expense of the natural environment we have inherited.

How does your faith guide you on environmental issues? Should humankind be doing more to safeguard the health of the planet?