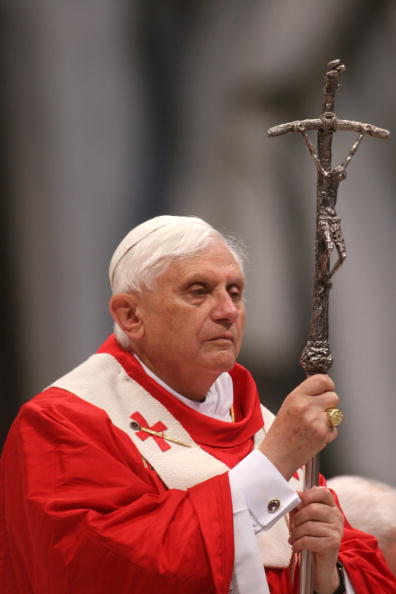 Four years into his reign, Pope Benedict XVI has already proven to be somewhat of a controversial variable to the Catholic Church. In 2006, while delivering a lecture in Germany at the University of Regensburg, the Pope stated,

"Show me just what Muhammad brought that was new and there you will find things only evil and inhuman, such as his command to spread by the sword the faith he preached."
-Wikipedia

More recently however, the Pope has found himself touring Africa; part of what is supposed to be a fresh start for the pontiff. Questions continue to arise however concerning the pontiff's publicity team. As it stands now the pontiff meets with few advisers, his entire media operation is under the sole supervision of Archbishop Claudio Maria Celli, 67 and furthermore the Vatican has been publicly criticized for the pontiff's remote nature and questionable public statements. Archbishop Celli responded to these criticisms by stating,

"New media technologies are creating a new environment, a new culture" stating further that, "innovative thinking, so that we can better reach out to others and better communicate the Good News to all humanity" is needed.
-The Times Father Federico Lombardi, spokesperson for the Pope and also responsible for Vatican radio and television was quoted as saying,

"I don't think my role is to explain the things the Pope already states in an extraordinarily clear and rich way."
-The Times

Regardless, the Pope is no stranger to publicity and his Africa Tour continues forward. Sunday brought the largest congregation of people thus far in his travels, bringing together nearly one million devout Angolan Catholics.