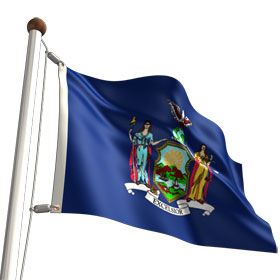 The legalization of same-sex marriage in New York has not meant that all hurdles have been cleared for same-sex couples. In fact, things are beginning to get sticky. Recently, a rural New York town clerk denied a marriage license to a lesbian couple on the basis of religious belief, telling them to wait at the back of the line until a deputy clerk could be summoned. While the clerk argued that it was her religious freedom to deny the couple a marriage license, the couple argued that it was a violation of their civil rights to be forced to wait at the back of the line. It is a hard balance to strike: how do we protect religious freedom and civil rights at the same time? (This question is especially relevant to New York wedding officiants in the Universal Life Church, who may have dealt with couples experiencing discrimination.)

The incident took place in the town of Ledyard, on Lake Cayuga in upstate New York. Dierdre DiBaggio and Katie Carmichael of Miami, who own a working farm in the area, went to the town clerk's office to obtain a legal marriage license. Their request was denied by the town clerk, Rose Marie Belforti, a religiously conservative Republican woman who believes that homosexuality is a sin against God. Belforti gave the couple the option of waiting at the back of the line until she could summon a deputy clerk to issue them the license. Given the recent change in New York wedding law, it has been Belforti's practice to arrange for the deputy to sign marriage licenses for same-sex couples by appointment. Now the incident is at the heart of a growing debate about how local authorities balance religious freedoms and civil rights, with a conservative Christian legal advocacy group called the Alliance Defense Fund championing Belforti's cause, and a liberal advocacy group called People for the American Way representing DiBaggio and Carmichael.

For Belforti, refusing marriage licenses to same-sex couples on the basis of religious belief is perfectly just, because it constitutes the free 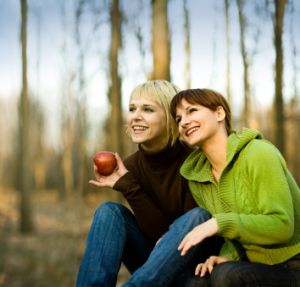 exercise of religion. In her mind, she cannot follow the will of God on one hand, and endorse homosexuality on the other, because homosexuality is an abomination in God's eyes: "For me to participate in the same-sex marriage application process I don't feel is right", she said, according to Thomas Kaplan of the New York Times. "God doesn't want me to do this", he reports her as saying, "so I can't do what God doesn't want me to do, just like I can't steal, or any of the other things that God doesn't want me to do". Belforti also uses legal arguments to defend her position. "New York law protects my right to hold both my job and my beliefs", she told Kaplan, adding, "I'm not supposed to have to leave my beliefs at the door at my government job". (By the same token, though, people who get ordained online in gay-friendly churches might argue that their religious belief supporting gay unions should not be restricted.) And according to Kaplan, she is one of several town clerks who have argued that New York's Marriage Equality Act, the measure approved in July which makes gay marriage legal in that state, violates their religious freedom, since it would require them to issue marriage licenses to couples who, in their eyes, sin against God.

But the legal and ethical validity of Belforti's argument has been challenged by DiBaggio and Carmichael, among others. The two women have expressed frustration over surmounting huge obstacles to equality only to be told to wait at the back of the line: " Gay people have fought so long and hard to get these civil rights", Carmichael told Kaplan. "To have [Belforti] basically telling us to get in the back of the line is just not acceptable", he quotes her as saying. Deborah Liu, the general counsel for the People of the American Way Foundation, argued that Belforti does not have the right to use her beliefs to discriminate in a

legal capacity: "We totally respect everyone's right to have their own personal beliefs", she told Kaplan, but Belforti "doesn't have the right to use them to relieve herself from doing a major part of her duties". Of course, as many Universal Life Church ministers will point out, this would challenge the notion that the free exercise of religion is unlimited, and would designate parameters for when and where religious freedom should be limited. Something to be cautious of, for sure. New York governor Andrew M. Cuomo also defended the rights of same-sex couples seeking marriage licenses: " When you enforce the laws of the state, you don't get to pick and choose", he said this summer according to Kaplan; meanwhile, writes Kaplan, "to clerks that refusing to issue marriage licenses to same-sex couples would be a misdemeanor".

It is possible to see both sides of the issue, so whose right should win out in the end--Belforti's, or DiBaggio and Carmichael's? Is it possible to arrive at a compromise? On one hand we could argue that the individual should have the right to practice his or her religion freely in the workplace, but on the other hand we could argue that gays and lesbians deserve equal protection of the law, and that religious scruples have no place in the execution of secular government duties. (We also invoke equal protection of the law to defend the sacerdotal rights of ministers ordained online, for example.) If the Constitution forbids town clerks from discriminating on the basis of religion, maybe they should leave parts of their religion at the door when they go to work. (Not all religious beliefs--such as stoning adulteresses--are protected.) Maybe the free exercise of religion should be unlimited when it does not interfere with the rights of others, but limited when it does. Christians are generally allowed to worship freely, pray freely, and apply their principles to themselves in their own lives, but not necessarily to force those principles on others. Besides, by arranging for a deputy to come in to sign the couple's license, Belforti would still have been helping the couple out, thereby offending God anyway. And what about religions which support same-sex unions? What about their freedom to exercise that belief?

It is certainly a hard decision to make, but it is a little harder to see how Belforti's religious freedom is being utterly quashed when she is basically allowed to live life according to her own beliefs, save when she attempts to shape the entire lives of others around those beliefs. Then unlimited freedom just becomes preponderantly one-sided and tyrannical.

Make your thoughts known on this issue by joining ULC Monastery's Facebook discussion forum and social network for ministers.