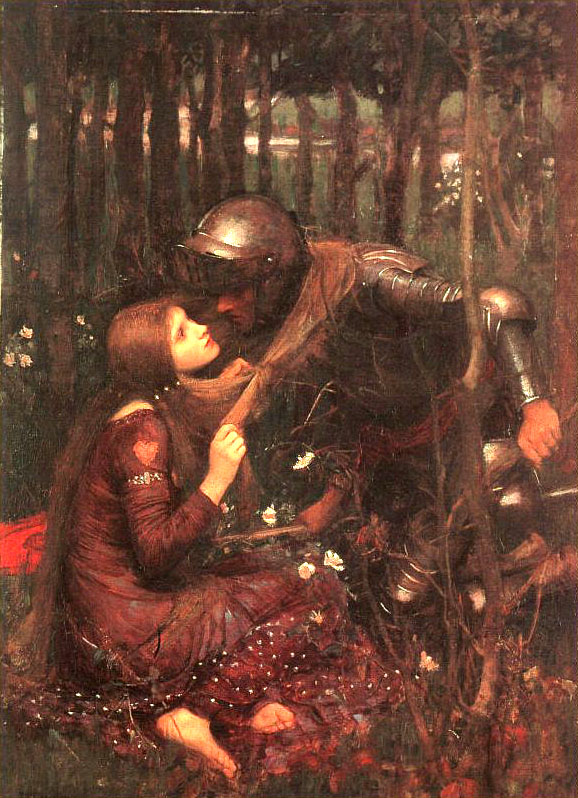 Miniver Cheevy, child of scorn,
Grew lean while he assailed the seasons
He wept that he was ever born,
And he had reasons.

Miniver loved the days of old
When swords were bright and steeds were prancing;
The vision of a warrior bold
Would send him dancing.

Miniver sighed for what was not,
And dreamed, and rested from his labors;
He dreamed of Thebes and Camelot,
And Priam's neighbors.

Miniver mourned the ripe renown
That made so many a name so fragrant;
He mourned Romance, now on the town,
And Art, a vagrant.

Miniver loved the Medici,
Albeit he had never seen one;
He would have sinned incessantly
Could he have been one.

Miniver cursed the commonplace
And eyed a khaki suit with loathing:
He missed the medieval grace
Of iron clothing.

Miniver Cheevy, born too late,
Scratched his head and kept on thinking;
Miniver coughed, and called it fate,
And kept on drinking.