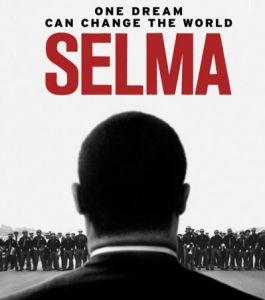 Some time ago, we posted a blog that said, "hate is hate," wherein we looked at the similar feelings behind movements such as blaming and gassing Jews for Germany's problems and the rise of the Nazi party as well as the defense of slavery in the American south that compelled states to secede and form the Confederate States of America. These were both examples where the hatred (or at the very least, the indifference to the suffering) of a group of people drastically changed law and politics of the respective regions.

Having seen the Academy Awards, we are aware that the film Selma depicts a benchmark in our history when blacks fought back against the institutionalized racism of the old Confederate States at the time. We think the time is ripe again to revisit our artwork wherein we designate, regardless of whether it be segregationists, crazed fundamentalists, Klan members, or Islamic jihadists, hate is still hate. Flags of hate have no right to fly on the capitals of the new neo-Confederacy.

There are many that defend flying the Confederate battle flag as an expression of their heritage, but it is as evil as the ISIS flag. Slavery, murder, insurrection, and the assassination of President Lincoln; these actions of terror were born in the bottomless pit of Hell.

We can never allow these acts the dignity of the word "heritage". While for a white man the stars and bars may remind him of where he came from and his family history, it evokes for descendants of raped slaves a heritage of being treated as property. Notwithstanding, no Germans fondly fly the Nazi flag and defend it by saying that they aren't racist, they are just proud of their heritage.

These flags symbolize the racist views of their creators; claiming otherwise is to deny the horrific acts committed under these banners. We can't allow the violence to be whitewashed out of our history books your thoughts?

Comparing things to Hitler and the Nazis is nothing new on the internet. There's even a term for doing it: Godwin's Law. It happens so much that it isn't unreasonable to think that the severity of Nazi crimes is somewhat trivialized by how often they are equated to far lessor events. A survivor of the Holocaust would likely be shocked to hear, "the cop gave me a parking ticket even though the meter had only run out a minute ago, what a Nazi!"

The evil of Hitler and the Nazis is rare, but not totally unique and valid comparisons can be made. True, ISIS doesn't have the military capabilities that Germany had at the time and the Confederate States of America (CSA) preferred to beat, rape, and enslave their victims over killing them, but the same hate is there.

The key to understanding the similarities between Nazism, Confederate States of America racist expansionism, and Islamic State Neo-Caliphate ideology is in the motto on the latter's flag. The ISIS flag contains an Arabic statement, "B qiyah wa-Tatamaddad," which translates to "Remaining and Expanding." The state that ISIS has established claims sovereignty and plans to conquer other territories-- more than proven by the state's organized attacks and occupations of areas held by other sovereign nations.

The use of violence to not just promote an ideology, but to expand it to new places, is the very essence of fascism. The CSA sought to conquer or convert their surrounding areas to pro-slavery states ruled with institutionalized racism. The Third Reich under Adolf Hitler boiled over and scorched Europe with their anti-Semitic empire. The Islamic State aims to use beheadings and burning people alive to spread a hateful ideology.

Members of all three barbaric groups are instilled with the notion that dying for their sinful causes is a virtue. This forces the rest of us into a fight whether we want anything to do with it or not because the aggressors will only allow peace over their cold dead bodies. Their hatred has made them so rabid that debate and diplomacy are no longer viable options.

The film Selma shows us that even after the existence of the CSA itself, the repercussions of its ideology stained the region for decades. The same will be true with ISIS, should we even manage to eradicate it. The strong tensions between local groups will cause strife that will live on even after ISIS is dead and gone. That's the power of hatred; dressing it up under a different flag still allows us to see through it. Hate is hate. Do you agree?