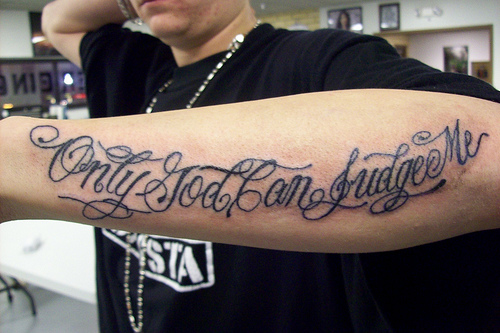 In a follow-up to a story we highlighted over a year ago, a judge has thrown out a Nebraska State Senator's suit against God.

A US judge has thrown out a case against God, ruling that because the defendant has no address, legal papers cannot be served. The suit was launched by Nebraska state senator Ernie Chambers, who said he might appeal against the ruling.
(BBC) In the senator's suit he accuses God of:

...making and continuing to make terroristic threats of grave harm to innumerable persons, including constituents of Plaintiff who Plaintiff has the duty to represent." It says God has caused "fearsome floods, egregious earthquakes, horrendous hurricanes, terrifying tornadoes, pestilential plagues, ferocious famines, devastating droughts, genocidal wars, birth defects and the like.
(MJ) Now Judge Marlon Polk has determined that there is no way for God to be notified of this case and appear as a defendant.

"Given that this court finds that there can never be service effectuated on the named defendant this action will be dismissed with prejudice," Judge Polk wrote in his ruling.
(BBC) Though the case has been dismissed, Chambers issued a sharp retort to the ruling.

The court, Mr Chambers said, had acknowledged the existence of God and "a consequence of that acknowledgement is a recognition of God's omniscience". "Since God knows everything," he reasoned, "God has notice of this lawsuit."
(BBC) He added that, "he would carefully consider Judge Polk's ruling before deciding whether to appeal."

Will the appeal go through? Only God knows that!