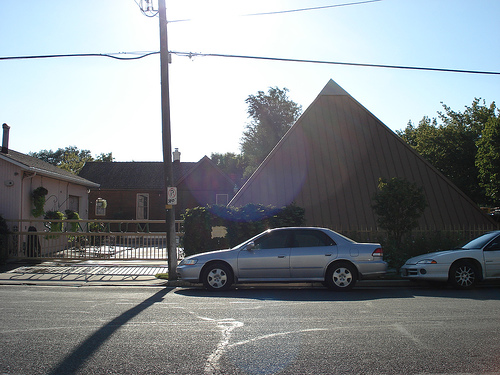 The U.S. Supreme court will soon be hearing arguments in a case that started in Pleasant Grove City, Utah. The issue in question is whether or not a local religious group, the Summum, can donate a statue to have placed in a public park. There is currently another statue on display in the park, a tablet inscribed with the 10 commandments, and the Pleasant Grove City refuses to display the Summum statue.

The Mayor of Please Grove City, Michael W. Daniels, does not see the situation as giving preferential treatment to one religion over another.

"The fact that we own the monument doesn't mean that what is on the monument is something we are espousing, promoting, establishing, embracing," Mr. Daniels said. "We're looking at, Does it fit with the heritage of the people of this area?"
(NYT)

And according to Mr. Daniels, the Summum principles are not a part of the local heritage. It would not hurt for both sides pay a visit to the Univesal Life Church.

The Supreme Court will hear arguments on Wednesday, November 12.