A "Savage" Attack on Christianity and the Bible 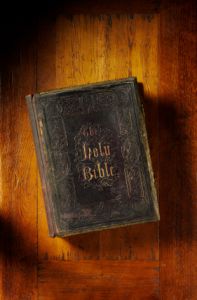 Journalist Dan Savage ruffled more than a few feathers a couple of weeks ago when he made a speech at a high school journalism convention in Seattle about how Christians use the Bible. The gay-rights advocate did fling a few unnecessary invectives, but he also presented a cogent argument against picking and choosing Bible verses for discriminatory purposes. As ULC ministers, we should look at all sides of the issue. While Savage could have handled his delivery a little more graciously, he also demonstrated some fairly rock-solid reasoning.

The harshest critique came later, after the students had left the auditorium. The "It Gets Better" project co-founder accused the offended students of cowardice and resorted to name-calling to drive his point home. "You can tell the Bible guys in the hall to come back now, because I'm done beating up the Bible", he said, adding, "[i]t's funny to someone who is on the receiving end of beatings justified by the Bible how pansy-assed people react when you push back". Understandably, Christians denounced Savage's words as hypocritical, unfair, and mean-spirited, accusing the anti-bullying advocate of acting like a bully himself. No ordained pastor wants to emulate that kind of behavior in the name of justice. The students who walked out weren't necessarily guilty of bullying, so Savage's hostility seems misplaced, not to mention infantile. 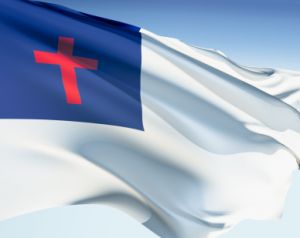 At the same time, however, he did make a good point about the Bible being used inconsistently, and this is what we can focus on. The Bible does teach that homosexuality is wrong (Leviticus 18:22, 20:13), but it also teaches that slaves should obey their masters (Titus 2:9, Colossians 3:22) and that brides should be stoned to death if they are not virgins (Deuteronomy 22:13-21). However, many Christians emphasize the teachings on homosexuality while ignoring those on slavery and stoning non-virgins to death. So, it is a fact that some Christians use the Bible arbitrarily, as Savage argued, and, as ministers ordained online, this is an argument we should be making in the name of justice. Besides, he apologized later for calling the offended students "pansy-assed".

Savage's reasoning was intact, but his approach certainly missed the mark. There are two things we as Universal Life Church ministers can take away from this unfortunate debacle: it is good to point out the unfair use of religious texts to condemn minorities, but it is bad to adopt the oppressor's tactics in doing so. The radical feminist poet Audre Lorde very pithily made the same point: "The master's tools can never dismantle the master's house". She's right. We can't end bigotry by acting like bigots.