Not in Jesus' name 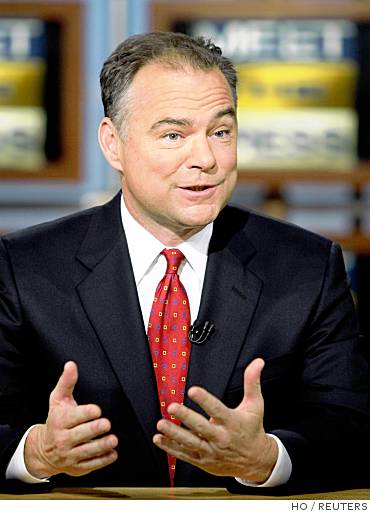 In response to Virginia Governor Timothy Kaine's affirmation of a statewide policy prohibiting state troopers serving as chaplains from praying "in Jesus' name," a coalition of Christian Pastors has begun organizing a demonstration rally for November 1st, right before the fall election, to protest the resignation of 17 Virginia trooper chaplains. The "Stand Up For Jesus" rally is set for Nov. 1 at 10 a.m. at the Capitol Square Bell Tower in Richmond, VA.

In a written response to the coalition of Pastors, Governor Timothy Kaine remarked, "it is important for state employees to be sensitive to the entire population who would attend such events," and, "I did note that the attachments to your letter contained some extraneous references to energizing voters before November 4 and disparaging comments about 'liberals,' 'atheists' and 'homosexuals.' I take matters of faith and religious liberty very seriously and am offended when people attempt to inflame passions about these sacred matters for political ends."