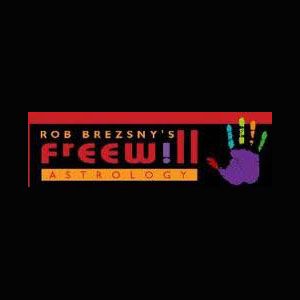 In this week's Leo horoscope in his nationally-syndicated Free Will Astrology column, Rob Brezsny chose to discuss the benefits he has garnered from the ordination he received from the Universal Life Church when he was 19 years old.

"I have officiated at numerous baptisms, initiations, weddings, divorces, renamings, ghost-banishings, and the taking of primal vows", Brezsny said. "In all my years of facilitating these ceremonies, I've rarely seen a better time than right now for you Leos to seek a cathartic rite of passage."

Brezsny, who was once described as "the future of American literature", highlights the underlying "universal" nature of the Universal Life Church community. While traditional religious organizations might shy away from associating themselves with people like Brezsny, who eccentricities include "reverse panhandling" (giving away) close to $1000 near freeway off-ramps to date and hosting pagan revival shows, the Universal Life Church proudly embraces him as a member.

The Universal Life Church Monastery's free online ordination allows Brezsny, and the thousands of people like him who have become ordained ministers online, to perform several of the services he discusses in the horoscope. Most of the ministers that the ULC Monastery ordains use their ordinations to perform wedding ceremonies. Thanks to our ordinations, anyone in the world can officiate the wedding ceremony of their friends or family members in most states and counties in the United States. It is also possible for our online ministry's ministers to perform baptismal and burial ceremonies.

If you are interested in learning more about the Universal Life Church Monastery or becoming an ordained minister online, please visit themonastery.org.

Rob Brezsny's Leo horoscope (and others) about the Universal Life Church can be viewed here.